I will start with the bottom line: the built-in increase in the spread on Italian bonds (close to 300 basis points) depends on new expectations regarding the economic policy of the Conte government, which is supported by the Five Star Movement and Salvini’s League: rational investors give a non null probability to unsustainable deficit spending and/or the search for a “pro-eurexit accident” because of the ideas of Luigi Di Maio and Matteo Salvini (the secretaries of Five Star Movement and League) on economic matters. 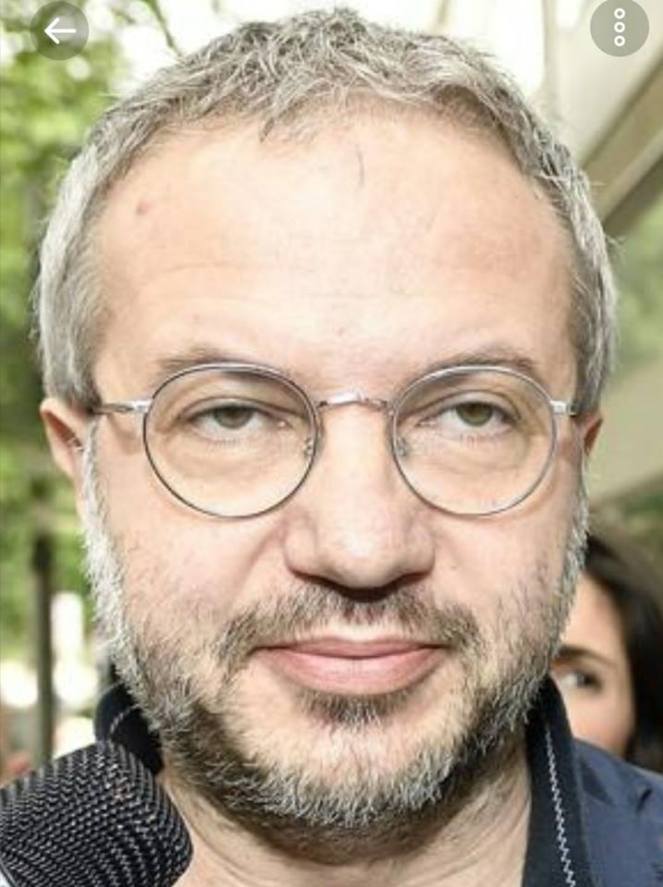 In turn those ideas are influenced by their economic advisors. Salvini is very likely to be influenced by MP Claudio Borghi, formerly a sales at the Italian branch of Deutsche Bank, and Senator Alberto Bagnai, associate professor of economic policy at the D’Annunzio University at Chieti-Pescara. Both of them are staunch opponents of the euro, and have been advocating the exit of Italy from the euro for years.

As a first step to halt the increase of the Italian spread, Matteo Salvini should make it explictly clear that he trusts the pro-euro part of his government and party more than euroskeptics Borghi and Bagnai, i.e. Minister of the Economy Giovanni Tria, and undersecretary Giancarlo Giorgetti.

It might sound trivial, but in political, economic and financial interactions the identity itself of people that make decisions does matter, together with the identity of those who advise them.

Why is the case? Think about politics: because of the lack of a well-functioning “commitment technology”, elected or appointed people do what they like in first place, and cannot be credibly constrained to do something different. It is unclear to what extent future elections can bind them to do what voters like, especially if there so many policy issues that are potentially salient (see the citizen-candidate literature in political economy, as started by Besley and Coate, and Obsborne and Slivinski).  Maybe voters give a lot of weight to the stance of the incumbent government on immigration and crime, and they do not have an additional voting tool to constrain it on the euro issue.

Economists working for investment banks and financial institutions very often have a master or PhD in economics, so they speak the same language I happen to speak, even if they do not do academic research. Thus they understand almost immediately whether the person they meet does not have an economics background. It is a matter of language, type of reasoning, use of sound empirical evidence to ground your arguments.

For example, Claudio Borghi -chief economic advisor to Salvini- is very quickly recognised as a non-economist. Don’t you trust me? Well, you could simply translate some of his “funny” tweets.

Since the proof of the pudding is in the eating, check this one. While discussing about fiscal federalism, see how Borghi destroys centuries of economic thinking: 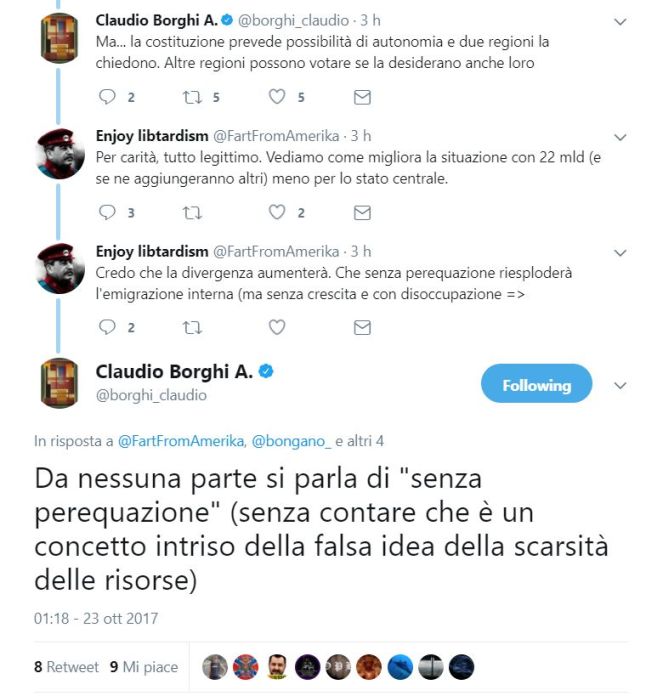 Let’s think more about this, by getting some help from game theory: in cheap talk games there are “babbling” equilibria where the sender can send any message because the receiver does not listen, or does not act upon those random messages. In fact, people in the investment banking business tell me that this started to happen with the statements by Borghi.

But. There is a big but.

Borghi is still the chair of the budget committee in Italian Lower House and chief economic advisor to Salvini. At the same time, one should of course acknowledge that hard facts typically matter more than cheap talk to rational investors, who will focus on the incoming budget law.

So, the big issue is whether the rather peculiar ideas of Mr. Borghi on limitless monetary financing of deficits for a sovereign country, the possibility for the ECB to eliminate the spread for the bonds of any country belonging to the Union would end influencing the drafting of the 2019 budget.

How? There are two possible routes here.

1) A push for large deficit spending, with no consideration for the Medium Term Objective (MTO) of a structurally balanced budget, in the false hope that this would lead to higher growth and a lower debt/gdp ratio.

2) An even more alarming push for a large deficit spending to create an “accident“ with EU institutions in order to pave the way for ltalian eurexit, and at the same time giving the blame to EU institutions themselves.
This is a very dangerous situation.

The Italian government should make it clear that Mr. Borghi does not represent its views. A more radical solution is that Salvini would replace him as his chief economic advisor.

Unless he wants the next elections to be a traumatic referendum on Italian eurexit.

2 pensieri riguardo “A modest proposal to lower the spread on Italian bonds: Salvini should replace his economic advisor”